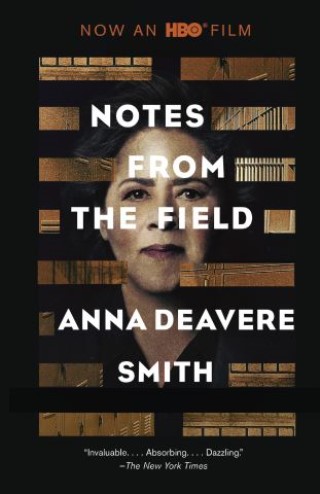 Notes from the Field

Anna Deavere Smith’s extraordinary form of documentary theater shines a light on injustices by portraying the real-life people who have experienced them. In Notes from the Field, she renders a host of figures who have lived and fought the system that pushes students of color out of the classroom and into prisons. (As Smith has put it: “Rich kids get mischief, poor kids get pathologized and incarcerated.”) Using people’s own words, culled from interviews and speeches, Smith depicts Rev. Jamal Harrison Bryant, who eulogized Freddie Gray; Niya Kenny, a high school student who confronted a violent police deputy; activist Bree Newsome, who took the Confederate flag down from the South Carolina State House grounds; and many others. Their voices bear powerful witness to a great iniquity of our time—and call us to action with their accounts of resistance and hope.

Anna Deavere Smith: Anna Deavere Smith is an actress, teacher, playwright, and the creator of the acclaimed On the Road series of one-woman plays, which are based on her interviews with diverse voices from communities in crisis. A recipient of the National Humanities Medal from President Obama and two Obie Awards, her work also been nominated for a Pulitzer and two Tonys. Onscreen, she has appeared in many films and television shows, including Philadelphia, The West Wing, Black-ish, and Nurse Jackie. She is University Professor in the department of Art & Public Policy at NYU, where she also directs the Institute on the Arts and Civic Dialogue. In 2019, she was elected to the American Academy of Arts and Sciences.