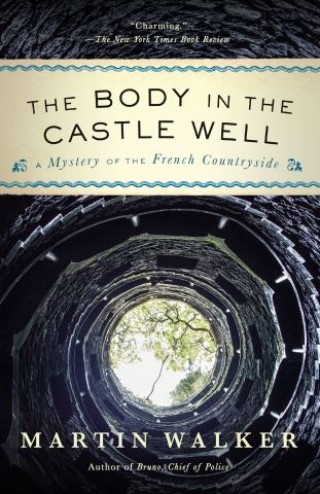 The Body in the Castle Well

A Bruno, Chief of Police novel

An aging art scholar and a visiting student, haunting echoes of France's colonialist past, and a delicious navarin of lamb--Bruno is back, and his latest case leads him from the Renaissance to the French Resistance and beyond by way of a corpse at the bottom of a well.

When Claudia, a young American, turns up dead in the courtyard of an ancient castle in Bruno's jurisdiction, her death is assumed to be an accident related to opioid use. But her doctor persuades Bruno that things may not be so simple. Thus begins an investigation that leads Bruno to Monsieur de Bourdeille, the scholar with whom the girl had been studying, and then through that man's past. He is a renowned art historian who became extraordinarily wealthy through the sale of paintings that may have been falsely attributed--or so Claudia suggested shortly before her death. In his younger days, Bourdeille had aided the Resistance and been arrested by a Vichy policeman whose own life story also becomes inexorably entangled with the case. Also in the mix is a young falconer who works at the Château des Milandes, the former home of fabled jazz singer Josephine Baker. In the end, of course, Bruno will tie all the loose threads together and see that justice is served--along with a generous helping of his signature Périgordian cuisine.

Martin Walker: MARTIN WALKER is a senior fellow of the Global Business Policy Council, a private think tank based in Washington, D.C. He is also editor in chief emeritus and international affairs columnist at United Press International. His previous novels in the Bruno series are Bruno, Chief of Police; The Dark Vineyard; Black Diamond; The Crowded Grave; The Devil's Cave; The Resistance Man; The Children Return; The Patriarch; Fatal Pursuit;The Templars' Last Secret; and A Taste for Vengeance, all international best sellers. He divides his time between Washington, D.C., and the Dordogne.