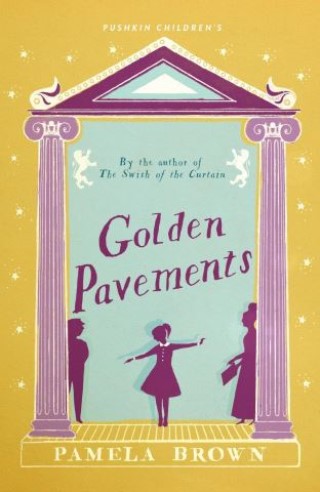 The third book in the Blue Door series, which starts with The Swish of the Curtain, the classic story which inspired actors from Maggie Smith to Eileen Atkins.

'How do you think you'll like the Academy?'
'Like it!' cried Lyn. 'I love it already. I'd not have missed it for the world. This has been the happiest day of my life.'

At the Actors' Guild in London, the Blue Door Theatre Company are throwing themselves into anything that will bring the dreams of their own theatre to life - touring the country with the Guild's summer productions, working behind the scenes at local theatrical companies, even taking walk-on parts between classes.

But just as plans for their own beloved Blue Door seem almost within their grasp, a disaster threatens to destroy one career for good...

Pamela Brown: Pamela Brown (1924-1989) was a British writer, actor then television producer. She was just 14 when she started writing her first book, and the town of Fenchester in the books is inspired by her home town of Colchester. During the Second World War, she went to live in Wales, so The Swish of the Curtain was not published until 1941, when she was 16. She used the earnings from the books to train at RADA, and became an actor and a producer of children's television programmes.