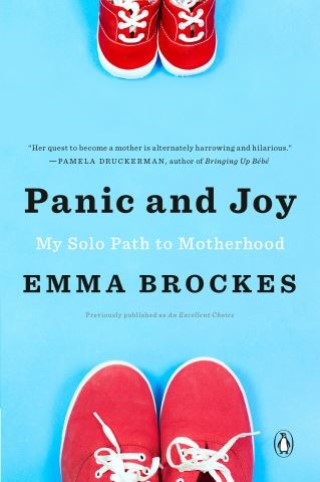 My Solo Path to Motherhood

When British journalist, memoirist, and New York-transplant Emma Brockes decides to become pregnant, she quickly realizes that, being single, thirty-seven, and in the early stages of a same-sex relationship, she's going to have to be untraditional about it. From the moment she decides to stop "futzing" around, have her eggs counted, and "get cracking"; through multiple rounds of IUI; to the births of her twins, which her girlfriend gamely documents with her iPhone and selfie stick, Brockes brings the reader every step of the way--all the while exploring the cultural circumstances and choices that have brought her to this point. With mordant wit and remarkable candor, Brockes shares the frustrations, embarrassments, surprises, and, finally, joys of her momentous and excellent choice.

Emma Brockes: Emma Brockes is the author of She Left Me the Gun: My Mother's Life Before Me. She writes for The Guardian's Weekend magazine and has contributed to The New York Times, The New Yorker, The Economist and Vogue. She is the winner of two British Press Awards—Young Journalist of the Year and Feature Writer of the Year—and while at Oxford won the Philip Geddes Memorial Prize for Journalism. She lives in New York.