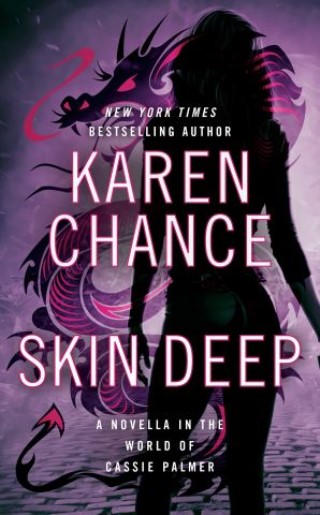 A war mage in Las Vegas stumbles across an ominous magical ward that appears as a dragon on her skin--and has a mind of its own, in this paranormal tale from the New York Times bestselling author of the Cassie Palmer novels.

Lia de Croissets's mother is a werewolf--but Lia can't shift. Caught between the Human and the Were worlds, she has found a place for herself as a war mage, working to help solve magical crimes. But when her Were lover goes missing, Lia learns Weres are being killed for their skins. Now Lia and her magical, unpredictable dragon tattoo may be the only hope of finding him alive.

Karen Chance: Karen Chance is the New York Times bestselling author of the Cassie Palmer novels and the Midnight's Daughter series. She has lived in France, the United Kingdom, and Hong Kong, but always comes back to America.