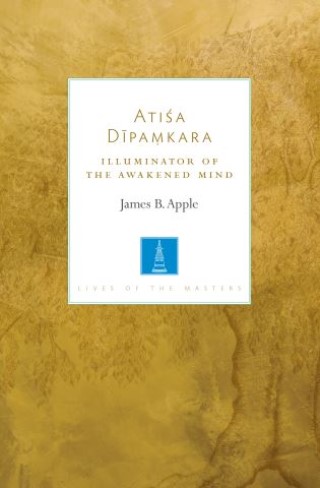 Illuminator of the Awakened Mind

The first-ever biography with selected writings of one of the greatest Indian Buddhist masters in history.

Few figures in the history of Buddhism in Tibet have had as far-reaching and profound an influence as the Indian scholar and adept Atiśa Dīpaṃkara (982–1054). Originally from Bengal, Atiśa was a tantric Buddhist master during Vajrayana Buddhism’s flowering in India and traveled extensively, eventually spending the remaining twelve years of his life revitalizing Buddhism in Tibet. Revered by all the schools of Tibetan Buddhism, Atiśa and his students founded what came to be known as the Kadam school, whose teachings have influenced countless Buddhist masters. These teachings, cherished by all major traditions, are preserved by the Geluk in particular, the school of the Dalai Lamas.

Although Atiśa was an influential practitioner and scholar of Tantra, he is best known for introducing many of the core Mahayana teachings that are widely practiced throughout the Tibetan Buddhist world, including the Stages of the Path to Awakening and Mind Training (lojong), as well as having contributed to highly influential commentaries on Madhyamaka that synthesize various schools of thought. This succinct biography of Atiśa’s life, together with a collection of translations, represents for the first time the full range of Atiśa’s contribution to Buddhism. As the most comprehensive work available on this essential Buddhist figure, this book is an indispensable resource for scholars and Buddhist practitioners alike.

James B. Apple: James B. Apple is Professor of Buddhist Studies at the University of Calgary. His research focuses on the critical analysis of the Mahāyāna sūtras and topics within Indian and Tibetan Buddhism. His books include Jewels of the Middle Way, A Stairway Taken by the Lucid, and Stairway to Nirvaṇa.