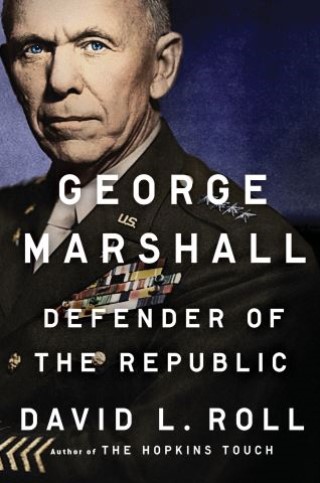 Defender of the Republic

Winston Churchill called him World War II's "organizer of victory." Harry Truman said he was "the greatest military man that this country ever produced." Today, in our era of failed leadership, few lives are more worthy of renewed examination than Marshall and his fifty years of loyal service to the defense of his nation and its values.

Even as a young officer he was heralded as a genius, a reputation that grew when in WWI he planned and executed a nighttime movement of more than a half million troops from one battlefield to another that led to the armistice. Between the wars he helped modernize combat training, and re-staffed the U.S. Army's officer corps with the men who would lead in the next decades. But as WWII loomed, it was the role of army chief of staff in which Marshall's intellect and backbone were put to the test, when his blind commitment to duty would run up against the realities of Washington politics. Long seen as a stoic, almost statuesque figure, he emerges in these pages as a man both remarkable and deeply human, thanks to newly discovered sources.

Set against the backdrop of five major conflicts—two world wars, Palestine, Korea, and the Cold War—Marshall's education in military, diplomatic, and political power, replete with their nuances and ambiguities, runs parallel with America's emergence as a global superpower. The result is a defining account of one of our most consequential leaders.

David L. Roll: David L. Roll is the author of The Hopkins Touch: Harry Hopkins and the Forging of the Alliance to Defeat Hitler and the coauthor of Louis Johnson and the Arming of America, a biography of Harry Truman's defense secretary. He is Senior Counsel at Steptoe & Johnson LLP, a Washington DC-based international law firm, Nonresident Fellow at the German Marshall Fund, and founder of the Lex Mundi Pro Bono Foundation, a public interest organization that provides pro bono legal services to social entrepreneurs around the world.