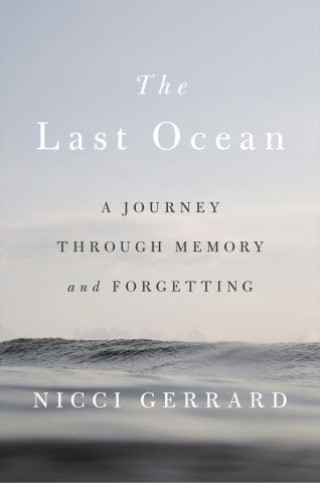 A Journey Through Memory and Forgetting

From the award-winning journalist and author, a lyrical, raw and humane investigation of dementia that explores both the journeys of the people who live with the condition and those of their loved ones

After a diagnosis of dementia, Nicci Gerrard’s father, John, continued to live life on his own terms, alongside the disease. But when an isolating hospital stay precipitated a dramatic turn for the worse, Gerrard, an award-winning journalist and author, recognized that it was not just the disease, but misguided protocol and harmful practices that cause such pain at the end of life. Gerrard was inspired to seek a better course for all who suffer because of the disease.

The Last Ocean is Gerrard’s investigation into what dementia does to both the person who lives with the condition and to their caregivers. Dementia is now one of the leading causes of death in the West, and this necessary book will offer both comfort and a map to those walking through it. While she begins with her father’s long slip into forgetting, Gerrard expands to examine dementia writ large. Gerrard gives raw but literary shape both to the unimaginable loss of one’s own faculties, as well as to the pain of their loved ones. Her lens is unflinching, but Gerrard honors her subjects and finds the beauty and the humanity in their seemingly diminished states.

In so doing, she examines the philosophy of what it means to have a self, as well as how we can offer dignity and peace to those who suffer with this terrible disease. Not only will it aid those walking with dementia patients, The Last Ocean will prompt all of us to think on the nature of a life well lived.

Nicci Gerrard: As well as being a novelist, Nicci Gerrard is a journalist, a campaigner and a humanist celebrant. Nicci Gerrard writes for The Observer and is the co-author, with Sean French, of the UK bestselling Nicci French thrillers. In 2016 she won the Orwell Prize for Journalism, for a piece exploring dementia. Following her father's death in 2014, she co-founded John's Campaign which seeks to make care for those who are vulnerable and powerless more compassionate, and is now a national movement in the UK.