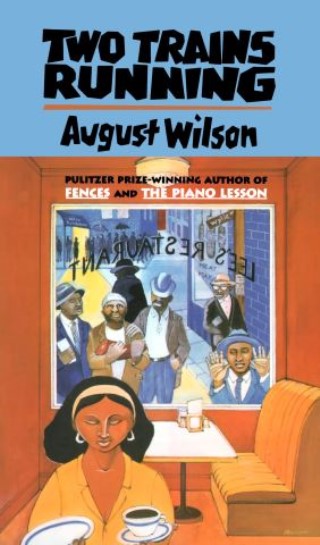 From the Pulitzer Prize-winning author of Fences and The Piano Lesson comes a “vivid and uplifting” (Time) play about unsung men and women who are anything but ordinary.

August Wilson established himself as one of our most distinguished playwrights with his insightful, probing, and evocative portraits of Black America and the African American experience in the twentieth century. With the mesmerizing Two Trains Running, he crafted what Time magazine called “his most mature work to date.”

It is Pittsburgh, 1969, and the regulars of Memphis Lee’s restaurant are struggling to cope with the turbulence of a world that is changing rapidly around them and fighting back when they can. The diner is scheduled to be torn down, a casualty of the city’s renovation project that is sweeping away the buildings of a community, but not its spirit. For just as sure as an inexorable future looms right around the corner, these people of “loud voices and big hearts” continue to search, to father, to persevere, to hope. With compassion, humor, and a superb sense of place and time, Wilson paints a vivid portrait of everyday lives in the shadow of great events.