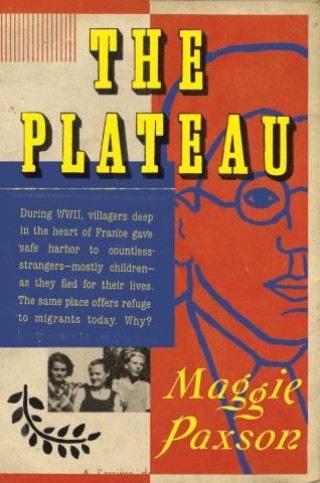 In a remote pocket of Nazi-held France, ordinary people risked their lives to rescue many hundreds of strangers, mostly Jewish children. Was this a fluke of history, or something more? Anthropologist Maggie Paxson, certainties shaken by years of studying strife, arrives on the Plateau to explore this phenomenon: What are the traits that make a group choose selflessness?

In this beautiful, wind-blown place, Paxson discovers a tradition of offering refuge that dates back centuries. But it is the story of a distant relative that provides the beacon for which she has been searching. Restless and idealistic, Daniel Trocmé had found a life of meaning and purpose—or it found him—sheltering a group of children on the Plateau, until the Holocaust came for him, too. Paxson's journey into past and present turns up new answers, new questions, and a renewed faith in the possibilities for us all, in an age when global conflict has set millions adrift. Riveting, multilayered, and intensely personal, The Plateau is a deeply inspiring journey into the central conundrum of our time.

Maggie Paxson: Maggie Paxson is a writer, anthropologist, and performer. She is the author of Solovyovo: The Story of Memory in a Russian Village, and her essays have appeared in The Washington Post Magazine, The Wilson Quarterly, and Aeon. Fluent in Russian and French, she has worked in rural communities in northern Russia, the Caucasus, and upland France.