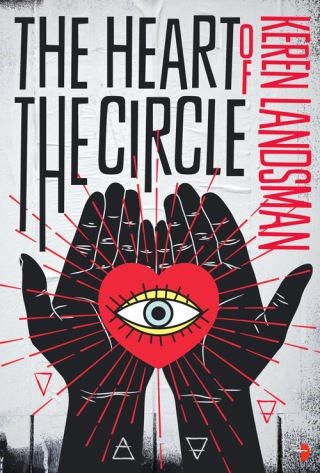 The Heart of the Circle

Sorcerers fight for the right to exist and fall in love, in this extraordinary alternate world fantasy thriller by award-winning Israeli author Keren Landsman.

Throughout human history there have always been sorcerers, once idolised and now exploited for their powers. In Israel, the Sons of Simeon, a group of religious extremists, persecute sorcerers while the government turns a blind eye. After a march for equal rights ends in brutal murder, empath, moodifier and reluctant waiter Reed becomes the next target. While his sorcerous and normie friends seek out his future killers, Reed complicates everything by falling hopelessly in love. As the battle for survival grows ever more personal, can Reed protect himself and his friends as the Sons of Simeon close in around them?

Keren Landsman: KEREN LANDSMAN is a mother, a writer, a medical doctor who specializes in Epidemiology and Public health, and a blogger. She is one of the founders of Mida'at, an NGO dedicated to promoting public health in Israel. She works in the Levinski clinic in Tel Aviv. She has won the Geffen Award three times, most recently for the short story collection Broken Skies.