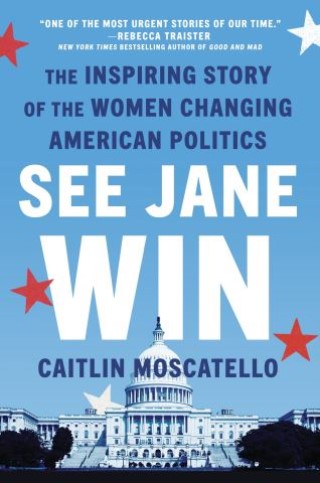 The Inspiring Story of the Women Changing American Politics

From an award-winning journalist covering gender and politics comes an inside look at the female candidates fighting back and winning elections in the crucial 2018 midterms.

After November 8, 2016, first came the sadness; then came the rage, the activism, and the protests; and, finally, for thousands of women, the next step was to run for office—many of them for the first time. More women campaigned for local or national office in the 2018 election cycle than at any other time in US history, challenging accepted notions about who seeks power and who gets it.

Journalist Caitlin Moscatello reported on this wave of female candidates for New York magazine’s The Cut, Glamour, and Elle. And in See Jane Win, she further documents this pivotal time in women’s history. Closely following four candidates throughout the entire process, from the decision to run through Election Day, See Jane Win takes readers inside their exciting, winning campaigns and the sometimes thrilling, sometimes brutal realities of running for office while female.

Catalina Cruz, a Colombian-born attorney whose state assembly bid could make her the first Dreamer elected in New York and only the third in the country.

Anna Eskamani, an Iranian-American woman running for state office in Florida, with a campaign motivated by her mother’s health-care struggles and the Pulse Nightclub shootings.

London Lamar, a Memphis native looking to become the youngest female representative in the Tennessee state house, running in one of the only Democratic and Black-majority areas of a largely conservative state.

Beyond the 2018 victories, Moscatello speaks with researchers, strategists, and the leaders of organizations that helped women win. What she discovers is that the candidates who triumphed in 2018 emphasized authenticity and passion instead of conforming to the stereotype of what a candidate should look or sound like, a formula that will be more relevant than ever as we approach the 2020 presidential election.

Caitlin Moscatello: Caitlin Moscatello is a journalist and writer covering gender, reproductive rights, and politics, who has been reporting on the surge of female candidates since it began in early 2017. In recent years, she has been nominated for a National Magazine Award; received a Front Page Award and a Planned Parenthood Media Excellence Award; and has been a United Nations press fellow reporting on women’s health issues. She’s also the founder of Repro, a newsletter about reproductive rights legislation at the state and federal levels. Moscatello’s writing has appeared in outlets including The Cut, Elle, Medium, Cosmopolitan, Marie Claire, Glamour, Refinery29, Condé Nast Traveler, GQ, Sports Illustrated, Fast Company, and O, The Oprah Magazine. She lives in Manhattan.