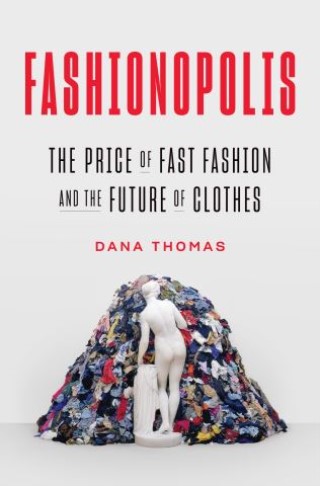 The Price of Fast Fashion and the Future of Clothes

An investigation into the damage wrought by the colossal clothing industry and the grassroots, high-tech, international movement fighting to reform it

What should I wear? It’s one of the fundamental questions we ask ourselves every day. More than ever, we are told it should be something new. Today, the clothing industry churns out 80 billion garments a year and employs every sixth person on Earth. Historically, the apparel trade has exploited labor, the environment, and intellectual property—and in the last three decades, with the simultaneous unfurling of fast fashion, globalization, and the tech revolution, those abuses have multiplied exponentially, primarily out of view. We are in dire need of an entirely new human-scale model. Bestselling journalist Dana Thomas has traveled the globe to discover the visionary designers and companies who are propelling the industry toward that more positive future by reclaiming traditional craft and launching cutting-edge sustainable technologies to produce better fashion.

In Fashionopolis, Thomas sees renewal in a host of developments, including printing 3-D clothes, clean denim processing, smart manufacturing, hyperlocalism, fabric recycling—even lab-grown materials. From small-town makers and Silicon Valley whizzes to such household names as Stella McCartney, Levi’s, and Rent the Runway, Thomas highlights the companies big and small that are leading the crusade.

We all have been casual about our clothes. It's time to get dressed with intention. Fashionopolis is the first comprehensive look at how to start.