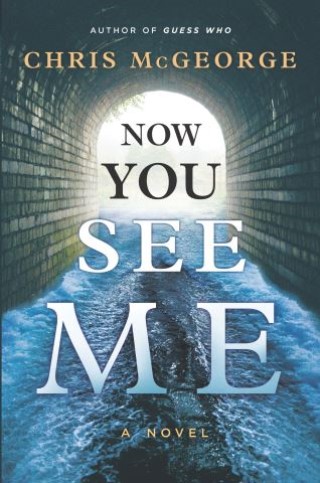 Now You See Me

Six went in…only one came out.

The Standedge Tunnel, the longest canal tunnel in England, has become one of the rural village of Marsden’s main tourist attractions. Now it’s also a crime scene.

Six students went into the tunnel on a private boat. Two and a half hours later, the boat reappeared at the other end of the tunnel carrying only one of the students, Matthew. He had been knocked unconscious and has no memory of what took place in the tunnel. The police suspect he killed his friends, hid the bodies and later moved them to an undisclosed location. But sitting in a cell awaiting trial, Matthew maintains his innocence.

When Matthew contacts a famous author asking him for help in return for information he claims to possess about the author’s long-lost wife, it’s an offer that can’t be refused. But before the author can prove Matthew’s innocence, he must first answer a far more unusual question: How did five bodies disappear into thin air?

Chris McGeorge: Chris McGeorge has an MA in Creative Writing from City University London. He lives in England.