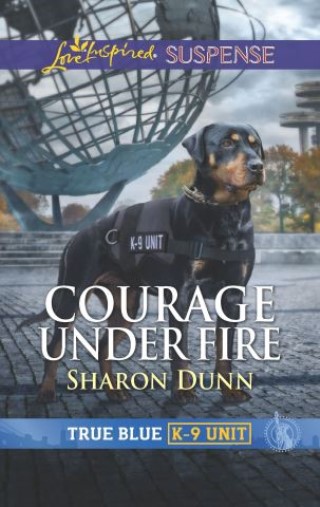 Faith in the Face of Crime

A killer in the shadows watches…and waits

A deadly stalker has rookie K-9 officer Lani Branson in his crosshairs, and he won’t stop until she’s dead. Her boss, K-9 police chief Noah Jameson, won’t let that happen on his watch, especially since there’s a chance this is the same person who killed his brother. Can they unmask the murderer who’s been terrorizing the unit before he strikes again?

Sharon Dunn: Sharon Dunn grew up in the country where there was ample opportunity for her imagination to flourish. She started writing when she was pregnant with her oldest son. Three kids and a lot of diaper changes later, she has published both award winning humorous mysteries and romantic suspense. Her hobbies include reading in small increments, trying to find things around the house, being the mom taxi, and making pets out of the dust bunnies under her furniture.