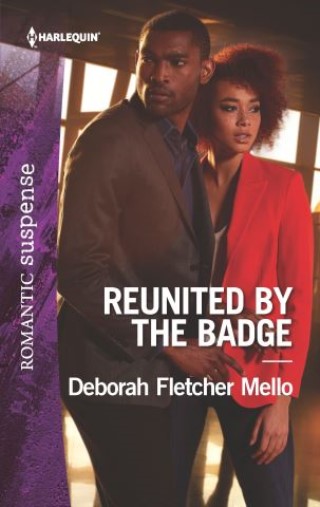 Reunited by the Badge

And two exes must reunite to save lives!

When he discovers his patients’ lives are threatened, Dr. Paul Reilly can turn to only one person: Simone Black. She will have his back, even if they don’t agree on much else. But as the former lovers work together to track down the evildoers who are tampering with medications, they rediscover unexpected feelings for one another…even as an enemy wants to silence them permanently.

Deborah Fletcher Mello: Deborah Fletcher Mello has been writing since forever and can’t imagine herself doing anything else. Her first romance novel, Take Me to Heart, earned her a 2004 Romance Slam Jam nomination for Best New Author, and in 2009, she won an RT Reviewer’s Choice Award for her ninth novel, Tame a Wild Stallion. Born and raised in Connecticut, Deborah now considers home to be wherever the moment moves her.