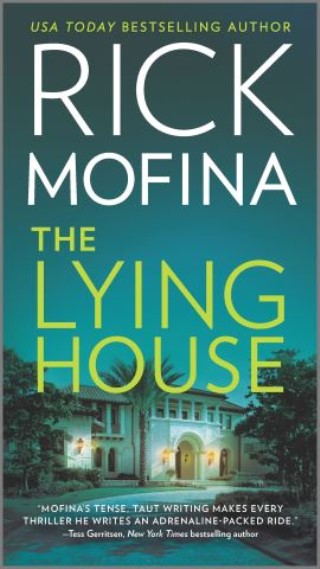 There’s only one way to bury a secret…

Lisa Taylor had friends, family and a job she loved back in Cleveland. But when her husband, Jeff, lands the promotion of a lifetime, she gives it all up to stand by him. Their whirlwind move to Miami feels like an adventure, their idyllic new neighborhood the perfect place to start a family. But their dreams are shattered when a stranger breaks into their house, holding a knife to Lisa’s throat before Jeff can chase him off.

Suddenly, every sacrifice Lisa made is like a loss she’ll never recover from. But Jeff makes it clear there’s too much at stake to return to Ohio. Isolated and afraid, Lisa becomes a hostage in her own home. She can’t shake the feeling she’s being watched. And with the man she married growing increasingly unrecognizable, she’s starting to wonder whether their hasty move was to pursue a better life—or escape a chilling past that won’t be outrun.

Rick Mofina: Rick Mofina is a former crime reporter and the award-winning author of several acclaimed thrillers. He's interviewed murderers face-to-face on death row; patrolled with the LAPD and the RCMP. His true crime articles have appeared in The New York Times, Marie Claire, Reader’s Digest and Penthouse. He's reported from the U.S., Canada, the Caribbean, Africa, Qatar and Kuwait's border with Iraq. For more information please visit www.rickmofina.com