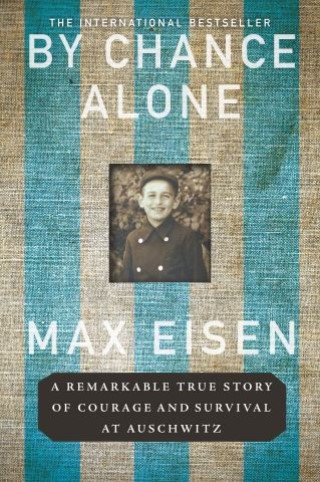 A Remarkable True Story of Courage and Survival at Auschwitz

An award-winning, internationally bestselling Holocaust memoir in the tradition of Elie Wiesel’s Night and Primo Levi’s Survival in Auschwitz

In the spring of 1944, gendarmes forcibly removed Tibor “Max” Eisen and his family from their home, brought them to a brickyard and eventually loaded them onto crowded cattle cars bound for Auschwitz-Birkenau. At fifteen years of age, Eisen survived the selection process and was inducted into the camp as a slave laborer.

More than seventy years after the Nazi camps were liberated by the Allies, By Chance Alone details Eisen’s story of survival: the backbreaking slave labor in Auschwitz I, the infamous death march in January 1945, the painful aftermath of liberation and Eisen’s journey of physical and psychological healing. Ultimately, the book offers a message of hope as the author finds his way to a new life.