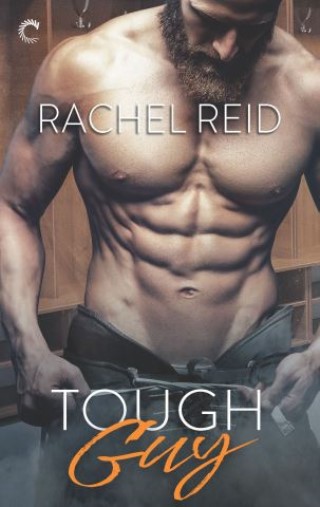 They have nothing in common—so why does Ryan feel most like himself whenever he’s with Fabian?

Pro hockey star Ryan Price may be an enforcer, but off the ice he struggles with anxiety. Recently traded to the Toronto Guardians, he’s determined to make a fresh start in the city’s dynamic LGBTQ Village. The last thing he expects to stumble upon in his new neighborhood is a blast from his past in the fabulous form of Fabian Salah.

Aspiring musician Fabian loathes hockey. But that doesn’t stop him from being attracted to a certain burly, ginger-bearded defenseman. He hasn’t forgotten the kiss they almost shared back in high school, and it’s clear the chemistry between them has only intensified.

Fabian is more than happy to be Ryan’s guide to the gay scene in Toronto. Between dance clubs and art exhibits—and the most amazing sex—Ryan’s starting to feel something he hasn’t experienced in a long time: joy. But playing the role of the heavy on the ice has taken its toll on his body and mind, and a future with Fabian may mean hanging up his skates for good.