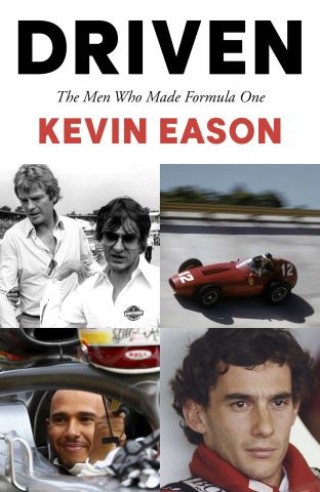 The Men Who Made Formula One

Formula One is speed, glamour, danger - and eye-watering wealth. Driven: The Men Who Made Formula One tells how a small group of extraordinary men transformed Formula One from a niche sport played out on primitive tracks surrounded by hay bales and grass verges into a £1 billion circus performing in vast theatres of entertainment all over the world.

Led by Bernie Ecclestone, the billionaire ringmaster, this clique started by scraping a living to go racing and ended up creating space-age cars, turning drivers from amateur gladiators into multimillion-pound superstars, like Ayrton Senna and Lewis Hamilton, while the names of Ferrari, McLaren and Williams are now as familiar around the world as Manchester United or Real Madrid.

For 20 years, Kevin Eason watched how these men operated like a sporting Mafia, protecting each other while squabbling over the vast wealth pouring into the sport. As motor racing correspondent for The Times and then with The Sunday Times, Eason was privileged to have a ringside seat as this cabal of wealthy characters ruled and then were pushed out of the sport they created.

This colourful and compelling account of the extraordinary flourishing of Formula One explores the quirks and extravagances of the men who converged - in one generation - to shape their sport; disparate characters with a common impulse: they were racers - and they were driven.