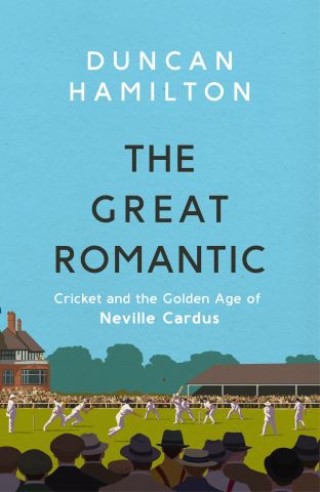 Neville Cardus described how one majestic stroke-maker 'made music' and 'spread beauty' with his bat. Between two world wars, he became the laureate of cricket by doing the same with words.

In The Great Romantic, award-winning author Duncan Hamilton demonstrates how Cardus changed sports journalism for ever. While popularising cricket - while appealing, in Cardus' words to people who 'didn't know a leg-break from the pavilion cat at Lord's'- he became a star in his own right with exquisite phrase-making, disdain for statistics and a penchant for literary and musical allusions.

Among those who venerated Cardus were PG Wodehouse, John Arlott, Harold Pinter, JB Priestley and Don Bradman. However, behind the rhapsody in blue skies, green grass and colourful characters, this richly evocative biography finds that Cardus' mother was a prostitute, he never knew his father and he received negligible education. Infatuations with younger women ran parallel to a decidedly unromantic marriage. And, astonishingly, the supreme stylist's aversion to factual accuracy led to his reporting on matches he never attended.

Yet Cardus also belied his impoverished origins to prosper in a second class-conscious profession, becoming a music critic of international renown. The Great Romantic uncovers the dark enigma within a golden age.