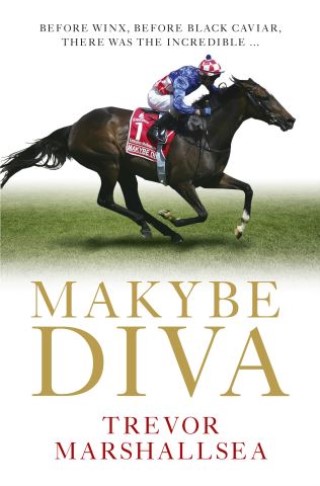 The story of a once-in-a-lifetime horse who would surpass all the rest.

Before Winx, before Black Caviar, there was an incredible, mould-breaking mare who won the hearts of the nation and added the most fantastic chapter of all to the story of its greatest race. Makybe Diva didn't just win one Melbourne Cup. She won three, in successive years, seizing Australia's attention during a wild spring of 2005 by completing a hat-trick deeply etched in the nation's folklore.

This is her story, with all the colour and excitement the most extraordinary racing story can deliver.

Trevor Marshallsea: Trevor Marshallsea is a much-travelled author, journalist and racing lover. He is fortunate enough to be able to recall the precise moment he was captivated by the turf as a boy, when a horse with the wonderful name of Wotta Krakka sprouted wings in the straight and won. It sparked a fascination that led to his first job as a racing writer, before becoming AAP's foreign correspondent in Beijing and London, along with stints in Canada and Hobart. After six years as chief cricket writer for the Sydney Morning Herald, and several years as a freelance writer, humorist, screenwriter, and frustrated punter, he returned to his first love, co-authoring the autobiography of Black Caviar trainer Peter Moody, A Long Way from Wyandra. His second book, Winx: Biography of a Champion, was published in 2018. He lives with his wife and two daughters in Sydney.