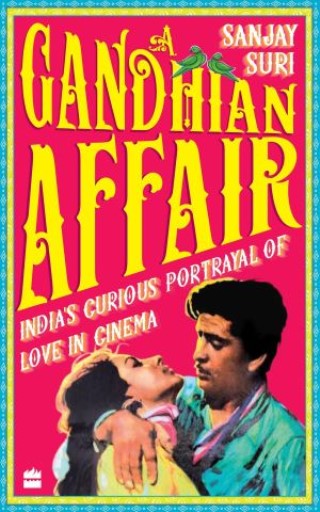 A Gandhian Affair: India's Curious Portrayal of Love in Cinema

Hindi cinema, ever since Independence, has revolved almost entirely around issues of sex and money. This may seem odd given the conservative taste of the times. But that we do not 'see' sex does not hide just how much sex there is in the cinema. As for money, a nagging theme is the impact of money - or the lack of it - on sex. Sanjay Suri argues that Hindi cinema was an unlikely offspring of the Father of the Nation - the product of Gandhi's celibacy and austerity. His heroic retreat from wealth and sexuality was written into the cinema and then elaborately filmed shot by shot. Suri draws on numerous examples - from Mother India to Do Bigha Zameen; Shree 420 to Pyaasa; Sahib, Bibi aur Ghulam to Guide; and Dilwale Dulhania Le Jayenge to Lage Raho Munnabhai - to show how cinema was made within well-defined moral fences that were built with dos and don'ts about sex and money. A Gandhian Affair is a history of India through the preoccupations of its cinema.

Sanjay Suri: Sanjay Suri has been a London-based journalist since 1990. He studied at Delhi University and the London School of Economics. He is the author of Brideless in Wembley, Naked Rain and Other Poems and 1984: The Anti-Sikh Violence and After.