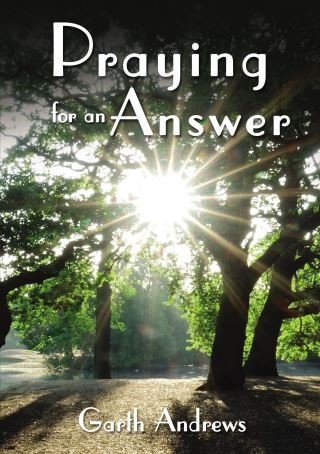 Praying For An Answer

Praying For An Answer is neither a book on prayer nor a manual for praying. Its real objective is to encourage people troubled by the lack of answers to their prayers to consider some kind of scriptural diagnostics to ascertain the cause. It seeks to make the case that no prayer goes unanswered and provides some Biblical conditions that might be used in the diagnostics. It considers “men of like passion as we are”, ordinary people “who prayed earnestly” unto the living God, which made heaven, and earth, and the sea, and all things that are therein (Acts 14:15 & James 517); and had their prayers answered.

Some of the conditions, identified by scripture as significant for answered prayer involve our approach to God, our attitude during the prayer, the integrity of our relationships, our response to scripture and of course how we behave subsequently.

Although belief is foundational and fundamental in prayer all too often it is either ignored or discarded resulting in our prayer not even leaving the starting block let alone being answered. For some people it is preferable to allow the answer to be a casualty of their failure to forgive rather than savoring the sweet success of God’s loving response. This further reduces, rather than increases, the likelihood of their prayer either being heard or answered. It takes so much more than a pretty pious posture to achieve even a modicum of success of an answer to our prayer.

The book encourages patience; to wait for the answer rather than prematurely declaring a prayer unanswered. All too often when we are praying we fail to realize that the conditions may have changed, the prayer may have already been answered or a change in tactics might be called for by the Holy Spirit; mainly because we fail to listen whether before, during or after the prayer.

And finally, ‘when you have done all to stand’, and all the diagnostics should prove absolutely useless, it is important that we recognize that God is attentively listening to the cries of, and faithfully rewarding, those who diligently seek him. So, simply pray.

Garth worked extensively in Telecommunications before studying Theology, at the London School of Theology, graduating with a BA(Hon) and Diploma in Pastoral Studies. He later gained both a PGCE in Religious Education and MA in Theology & Education from Kings College, London. He subsequently became a secondary school teacher and Pastoral Leader. He currently teaches regular Bible Studies and preach the Word. His passion is to be ‘Challenging for a Change’.