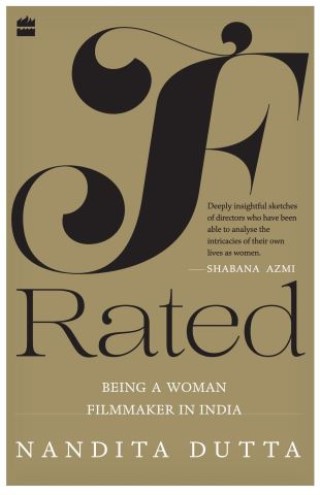 F-rated: Being a Woman Filmmaker in India

What does it mean to be a woman filmmaker in India? One famous director suffered from depression, unable to take on film projects because of her young child. Another was asked in an interview if she drinks and smokes to deal with the stress of filmmaking like men do. Some faced cinematographers who refused to listen to them. Almost all of them struggle to raise money for films with female protagonists. But they are also cool and sassy. One attended film-school with her two-week-old baby. Another stormed the once all-male bastion of the 200-crore club. They can make a hit film about a middle-aged housewife, as much as a bisexual teenager with a disability. F-rated brings together diverse stories of eleven women filmmakers in India: Aparna Sen, Mira Nair, Farah Khan, Meghna Gulzar, Nandita Das, Shonali Bose, Tanuja Chandra, Anjali Menon, Reema Kagti, Kiran Rao and Alankrita Srivastava. A celebration of their womanhood as much as their work - this is a must-read.

Nandita Dutta: Nandita Dutta works at the Centre for Studies in Gender and Sexuality at Ashoka University. She has an MA in Gender Studies from SOAS, University of London. She has written extensively on Indian cinema for national and international publications. This is her first book.