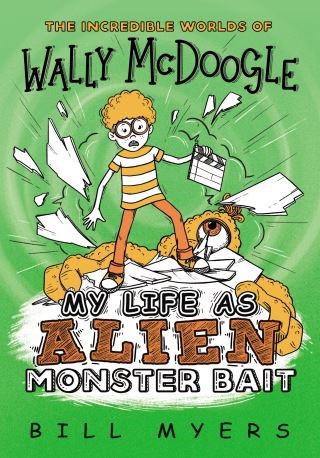 My Life as Alien Monster Bait

Classic stories from the Wally McDoogle series now with new designs and spot illustrations throughout.

“Hollyweird” comes to Middletown! Wally’s a superstar! A movie company has chosen our hero to be eaten by their mechanical “Mutant from Mars!” It’s a close race as to which will consume Wally first – the disaster-plagued special-effects “monster” or his own out-of-control pride … until he learns the cost of true friendship and of God’s command for humility.

My Life as Alien Monster Bait keep young readers laughing while learning about who it really is who deserves “star treatment.”

Bill Myers (www.Billmyers.com) is a bestselling author and award-winning writer/director whose work has won sixty national and international awards. His books and videos have sold eight million copies and include The Seeing, Eli, The Voice, My Life as, Forbidden Doors, and McGee and Me.