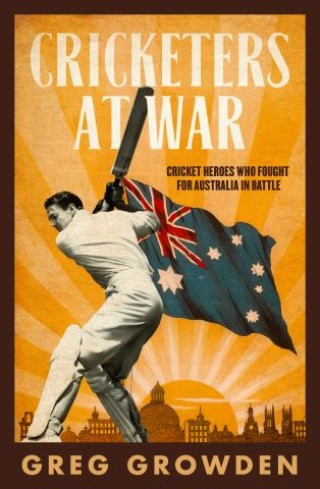 Cricket Heroes Who also Fought for Australia in Battle

Aussie cricketing heroes who also fought for Australia during wartime 'That's nothing. Pressure is having a Messerschmitt up your arse.'

Keith Miller, when asked if he felt under pressure while captaining the NSW cricket team.

Numerous heroes of Australian cricket have also proved themselves on the battlefield, from Gallipoli to Vietnam and beyond. Among them are some of Australia's most illustrious cricketing names: Donald Bradman, Keith Miller, Keith Carmody, Jack Fingleton and, in more recent years, Doug Walters. In this sport/history page-turner, veteran sports journalist Greg Growden tells their extraordinary stories of bravery, hardship, courage and human endeavour.

Greg Growden: Greg Growden is a leading authority on Australian rugby. A senior sportswriter for The Sydney Morning Herald for more than three decades, he was also the SMH and Sun-Herald's chief rugby union correspondent, covering hundreds of Test matches, more than 25 Wallaby tours and every World Cup tournament - and is one of just two international rugby writers to have covered all eight World Cups. As ESPN's senior sports columnist in Australia for six years, he covered numerous sports. In 2019 he returned to the Sydney Morning Herald as a sports columnist. He is the author of 15 books.