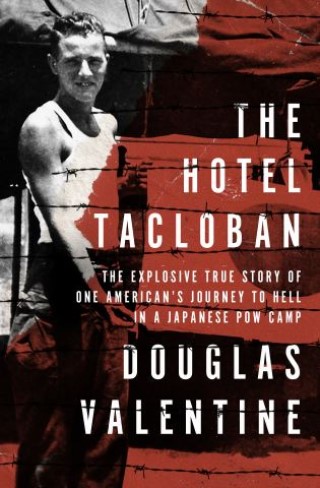 A “very dramatic [and] compelling” World War II story of murder, mutiny, and a military cover-up, from the author of The Phoenix Program (The New York Times).

Captured by the Japanese while on patrol in the fetid jungles of New Guinea, Douglas Valentine’s father, who’d enlisted in the US Army at age sixteen, was sent to a prison camp in the Philippines, where he was interned with Australian and British soldiers.

The events that followed make up this “well-told, chilling” story of betrayal and brutality—a powerful tale of a son uncovering the traumatic events that shaped the rest of his father’s life (Los Angeles Times Book Review).

“Not just a searing picture of life in a terrible POW camp, it is also a significant historical document about a place that the U.S. military says never existed.” —Publishers Weekly

Douglas Valentine:
Douglas Valentine is the author of four books of historical nonfiction: The Hotel Tacloban, The Phoenix Program: America’s Use of Terror in Vietnam, The Strength of the Wolf: The Secret History of America’s War on Drugs, and The Strength of the Pack: The Personalities, Politics and Espionage Intrigues that Shaped the DEA. He is the author of the novel TDY, and a book of poems, A Crow’s Dream. He is also the editor of the poetry anthology With Our Eyes Wide Open: Poems of the New American Century. Valentine lives with his wife, Alice, in Massachusetts.