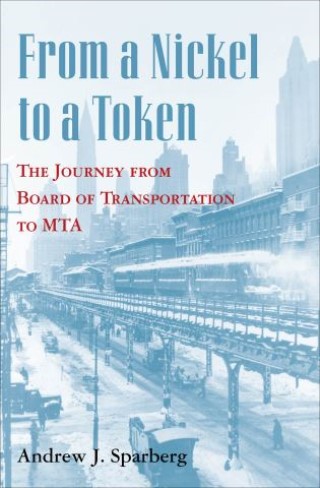 From a Nickel to a Token

The Journey from Board of Transportation to MTA

A fascinating micro-history of NYC’s subway system from LaGuardia’s public works achievements in 1940 to the creation of the MTA in 1968.

In 1940, New York Mayor Fiorello LaGuardia realized an ambitious plan to modernize the city’s public transit. He eliminated streetcars, demolished old elevated lines, and unified the subway systems. From then on, the IRT, BMT, and IND became one system under public control. And by 1968, that system had transformed again, into the Metropolitan Transit Authority.

From LaGuardia to Lindsay, mayors were desperate to appease voters, elected officials, transit management, and labor leaders. Meanwhile, the tumult of a changing America manifested in labor disputes, economic pressures, and civil rights protests. Though great efforts were made to keep prices down, the sacred nickel fare barrier was eventually broken. By 1968, a ride cost twenty cents.

Featuring many photos never before published, From a Nickel to a Token deftly captures four decades and five boroughs of grit, chaos, egos, and emotions in the unending saga of New York’s subway system.