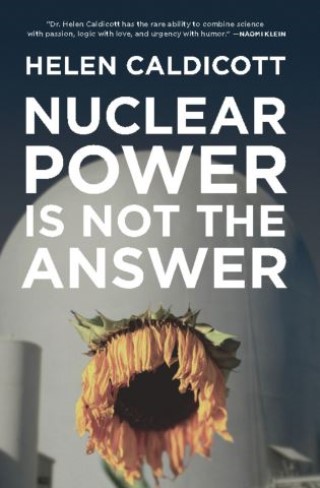 Nuclear Power Is Not the Answer

The renowned antinuclear activist delivers a “frighteningly convincing argument” against nuclear energy as a solution to climate change (Publishers Weekly).

In a world torn apart by wars over oil, politicians have stepped up their search for alternative energy sources—and their leading choice is nuclear energy. But nuclear energy’s popularity as a green alternative is based on misinformation. People claim that nuclear-powered electricity does not cause global warming or pollution, that it is inexpensive, and that it is safe. These claims, as Helen Caldicott demonstrates, are untrue.

In Nuclear Power Is Not the Answer, Caldicott digs beneath the nuclear industry’s propaganda to examine the actual costs and environmental consequences of nuclear energy. In fact, nuclear power does contribute to global warming; the cost is prohibitive, with taxpayers picking up most of the tab; there’s not enough uranium in the world to sustain it over the long term; and the potential for a catastrophic accident or a terrorist attack far outweighs any benefits. In concluding chapters, Caldicott details alternative sustainable energy sources that are the key to a clean, green future.