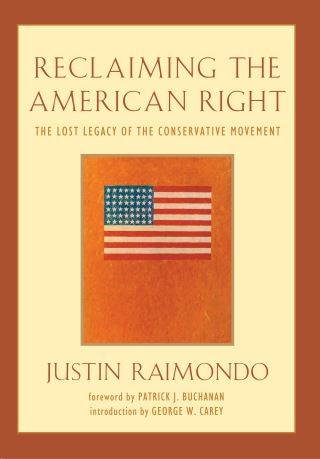 The Lost Legacy of the Conservative Movement

In recent years a number of conservatives have wondered where the Right went wrong. One persuasive answer is provided by Reclaiming the American Right: The Lost Legacy of the Conservative Movement. Justin Raimondo’s captivating narrative is the story of how the non-interventionist Old Right—which included half-forgotten giants and prophets such as Sen. Robert A. Taft, Garet Garrett, and Col. Robert McCormick—was supplanted in influence by a Right that made its peace with bigger government at home and “perpetual war for perpetual peace” abroad. First published in 1993, Reclaiming the American Right is today as timely as ever.