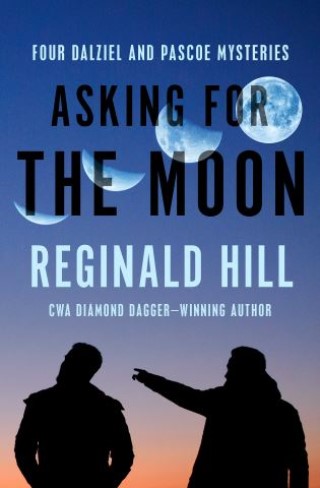 Asking for the Moon

The first story explores the chilling start of the Dalziel and Pascoe partnership. In another, they investigate the fate of a woman no one has seen for a year—except her brother, who claims he is being haunted by her ghost. Then the detectives keep vigil at an isolated farmhouse, waiting to see what is making things go bump in the night. Finally, we jump in time to the twenty-first century and the partners’ last case: the first man murdered on the moon.

“Reginald Hill is a mystery writer who is also a very good novelist. . . . [He] uses the police procedural format to get at something deeper than the solution of a crime. . . . Hill can capture a moment, an emotion, or a character with the stroke of a few words.” —The Washington Post Book World