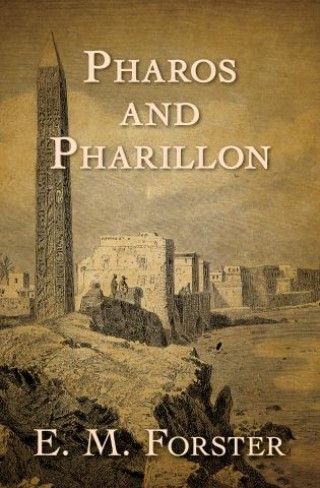 The author of A Passage to India offers personal and historical reflections on the Egyptian city of Alexandria in these essays, articles, and poems.

As a noncombatant during the First World War, E. M. Forster was stationed with the British Red Cross in Alexandria, Egypt. He fell in love with the place, which had once been a cultural crossroads of the world, and with a young Egyptian man named Mohammed el Adl. Pharos and Pharillon collects Forster’s many reflections about the city, its history, and his experiences there.

Organized in two parts, the book begins with Pharos, the great Lighthouse of Alexandria, and seven stories that paint a poetic picture of the ancient city. The second half, Pharillon, consists of four stories set during the British-occupied Alexandria of the twentieth century. It includes Forster’s moving introduction of the Greek poet C. P. Cavafy to the English-speaking world. The division in the book is signaled by Cavafy’s now famous poem, “The God Abandons Antony.”

First published by Virginia and Leonard Woolf in 1923, Pharos and Pharillon remains an enlightening portrait both of the city and the author. Forster’s “spiritual unity with Alexandria is, perhaps, the most important aspect of the book. . . . E. M. Forster found himself in Alexandria and Alexandria is to be found in E. M. Forster” (The New York Times).

E. M. Forster:
Edward Morgan Forster (1879–1970) was born in London and attended the Tonbridge School and King’s College, Cambridge. A substantial inheritance from his aunt gave Forster the freedom to pursue a literary career and travel extensively, and he wrote some of the finest novels of the twentieth century, including A Room with a View, A Passage to India, and Howards End. Queen Elizabeth II awarded him the Order of Merit in 1969.