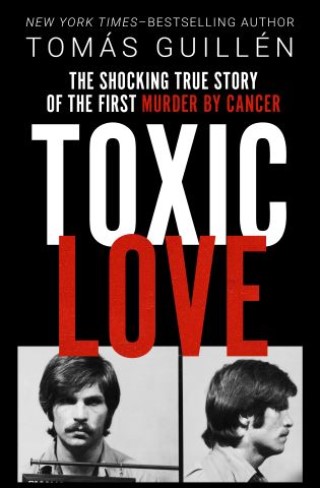 The Shocking True Story of the First Murder by Cancer

The chilling true story of romantic obsession and murder by cancer from the New York Times–bestselling author of The Search for the Green River Killer.

Omaha, Nebraska, 1978. Sandy Johnson was in shock. Her husband, Duane, and young daughter, Sherrie, were violently ill when word arrived that her infant nephew just died of mysterious causes. Days earlier, the entire family was happy, healthy, and living the American dream. Now they were at the center of a terrifying medical crisis.

Duane soon died in a condition unlike anything the doctors had ever seen. As they raced to discover what disease or toxin could have done so much damage so quickly, Lt. Foster Burchard of the Omaha police began to suspect foul play. Sandy herself became a primary suspect, as did her ex-boyfriend Steven Harper—a man prone to violence who never got over their breakup.

In Toxic Love, investigative reporter and true crime author Tomás Guillén offers a detailed and vivid account of this baffling case from the day of the poisoning to the harrowing trial and the murderer’s eventual suicide on death row.

Tomás Guillén:
Tomás Guillén is a professor in the communication department at Seattle University and the coauthor of the New York Times bestseller The Search for the Green River Killer (1991). Raised in El Paso, Texas, Guillén graduated from the University of Arizona with a degree in journalism and began his career as a reporter for the Tucson Citizen. He joined the staff of the Seattle Times in 1980 and spent more than a decade covering the Green River Killer case with Carlton Smith. They were Pulitzer Prize finalists for investigative reporting in 1988 and published The Search for the Green River Killer a decade before investigators arrested Gary Ridgway for the murders. In 1995, Guillén’s articles on crime laboratories won the Silver Gavel award from the American Bar Association. He is the author of Toxic Love (1995) and Serial Killers: Issues Explored Through the Green River Murders (2006), and often is asked to discuss law enforcement and criminal justice issues on CNN, Fox, and Good Morning America. To learn more about the author, please visit www.tomasguillen.org