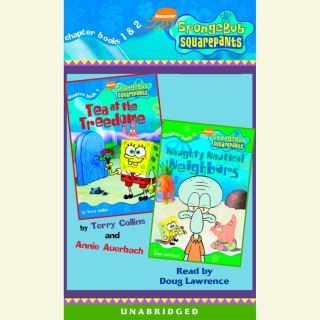 Book 1
SpongeBob is invited to have tea with a new karate-chopping lady friend, Sandy Cheeks. But when he finds out that Sandy lives in a dome filled with air, SpongeBob's plan for a new friend might "run dry!"


Book 2
SpongeBob and Patrick Star are the best of friends until their annoying neighbor Squidward decides to interfere. But Squidward's plan to split up best friends might backfire on him in a big, hilarious way!