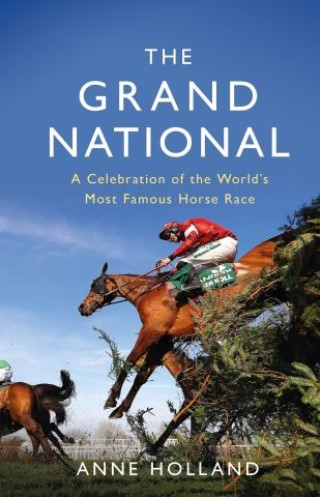 A Celebration of the Worlds Most Famous Horse Race

Every year the Grand National produces very different stories from jockeys and horses alike; uplifting scenes from a victor and heartbreak when a mere inch divides the loser from the winner at the end of nearly four-and-a-half miles and 30 challenging fences. The race has evolved over the years but there is one constant: luck, or the lack of it. How fitting, then, that in 1839 the first winner was named Lottery. Back then, huge crowds rode to Aintree by horseback, in carriages, carts or on foot. Hotels were so full that some slept four guests to a bed. Today the Grand National is probably the world's most famous horse race, with a global television audience of some 600 million in 140 countries.

Anne Holland's richly informed book focuses on the race's various record-breakers, rather than being a purely chronological history. In this greatest of all steeplechases, many records have stood the test of time. It is still jockey George Stevens from the 19th century who has ridden the most winners - five. In 2019, Tiger Roll's second consecutive victory was the first time that the feat had been achieved since Red Rum in 1973-74, and before that, Reynoldstown in 1935-36. Throughout its vivid history, many people have been opposed to the Grand National, claiming it to be dangerous. During the 21st century the famous fences have been modified, the drop at Becher's Brook reduced, and the landing levelled. All this has led to a laudable reduction in injuries.

The Grand National continues to provide men, women and diverse thoroughbred horses with a true test of skill, bravery and perseverance. Anne Holland's authoritative history celebrates one of the world's greatest sporting spectacles.