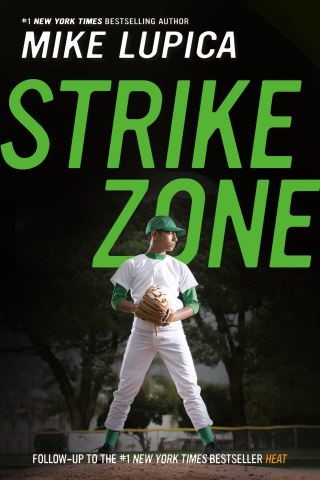 A timely and heartfelt follow-up to #1 New York Times bestseller Heat, about a young baseball prodigy and his immigrant family living in today's America.

Twelve-year-old star Little League pitcher Nick Garcia has a dream. Several in fact. He dreams he'll win this season's MVP and the chance to throw out the first pitch at Yankee Stadium. He dreams he'll meet his hero, Yankee's pitcher Michael Arroyo. He dreams they'll find a cure for Lupus so he sister won't have to suffer. But mostly, he dreams one day his family can stop living in fear of the government. For one kid, it's almost too much to bear. Luckily, Nick has his two best friends Ben and Diego to keep him balanced. But when Nick notices a mysterious man lurking on his street corner, he senses a threat. Suddenly, his worst fears are realized, and just when it seems there's no one they can trust, an unexpected hero emerges and changes everything.

--"Lupica's action sequences are thrilling and fast-paced....[a] solid purchase where Mike Lupica and the Yankees are popular." --School Library Journal

--"As he did in Heat, Lupica skillfully juggles the baseball drama with the larger social issues that swirl around it, vividly putting a human face on the immigration crisis." --Booklist

--"Strike Zone brings the game of baseball to life, but moreover, it addresses immigration, a current issue in U.S. culture and politics. Teens will choose to read Strike Zone as a "sports book" but will root for Nick both on and off the field. The Garcia family's desire to become legal U.S. citizens is well woven into this fast-paced story." --VOYA

Mike Lupica: Mike Lupica is a prominent sports journalist and the New York Times-bestselling author of more than forty works of fiction and non-fiction. A longtime friend to Robert B. Parker, he was selected by the Parker estate to continue the Sunny Randall series.