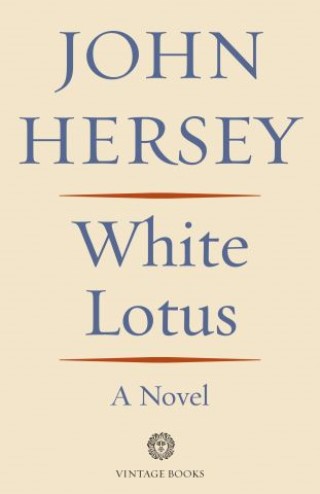 Not too far from now, in a world very like our own, the oppressors have changed places with the oppressed.

After their defeat in the Yellow War, the white people of America are thrust into a brutally altered reality. They are hunted like wild beasts and drive like cattle, transported in reeking ships and sold to their conquerors as field hands and house slaves. Robbed of their old names and their old language, treated with a mixture of cruelty and condescension by their Chinese masters, whites take on new identities and new strategies of survival. Some, like Nose, plunge into dissipation. Others, like Top Man, become imitation Yellows. And some, like White Lotus, rebel.

In this mesmerizing book John Hersey creates an alternate history that casts a harsh radiance on our own. It has some of the stateliness of Exodus, along with the power of oral narratives of slavery. It has heroes and victims—and villains who turn out to be victims of another color.  At once a masterpiece of storytelling and a complex novel of ideas, White Lotuscompels us to reexamine our notions of race and racism, freedom and oppression.

John Hersey: John Hersey was born in Tientsin, China, in 1914 and lived there until 1925, when his family returned to the United States. He studied at Yale and Cambridge, served for a time as Sinclair Lewis’s secretary, and then worked several years as a journalist. Beginning in 1947, he devoted his time mainly to writing fiction. He won the Pulitzer Prize, taught for two decades at Yale, and was president of the Authors League of America and chancellor of the American Academy of Arts and Letters. John Hersey died in 1993.