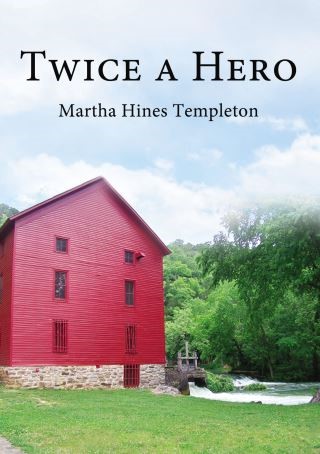 Ten-year-old Ben Walker's story is set in the late 1800's. His family moved to the remote Ozark Mountains when there were very few settlers in this region. The rugged pioneer life is woven into Ben's story, as well as the beauty of the area.

Ben is the adventurous brother, while twelve-year-old Ray feels compelled to look after Ben, setting up a conflict between the brothers. In spite of this, their brotherly love prevails, as they explore Jam-Up Cave, go boating, fishing, swimming in the Jack's Fork River, and have plenty of other adventures.

A mystery unfolds that the boys decide to solve instead of telling Papa about what they found. They find the answer unexpectedly while exploring Jam-Up Cave.

Ben doesn't hesitate when there is a crisis and ends up being “Twice A Hero.” Ben realizes in the end that his heroic actions have made him a stronger person, and equal to Ray.

This historical fiction chapter book is about 14,500 words, easy to read, and will transport the readers back in time, to imagine they are Ben Walker, and this is their Ozarks home near the Jack's Fork River.

Born in Kansas City, Missouri, the author’s family moved to the Ozarks when she was eleven.  Her father’s roots went back six generations in that area, where they migrated from Kentucky and Virginia, in the early 1800’s. She met her husband in high school, and married soon after she graduated. After moving to Springfield, MO, family vacations took them to Jam-Up cave, Jack’s Fork River, and Alley Springs, (named Rushing Springs in the book). She is currently employed at Missouri State University.