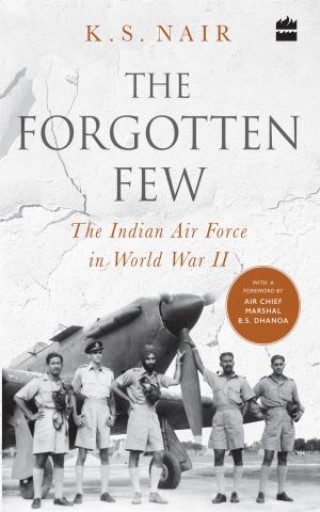 The Forgotten Few is the first contemporary attempt to produce a historical narrative of the nation's contribution, specifically to the Air Force component, of World War II, which was an important part of our journey to Independence and national identity. Close to three million Indians served in uniform during the War. And yet, the Indian chapter of this globe-straddling story, reverberations of which still echo today, are barely known - a symptom of which was the recent controversy over the absence of Indians in the Christopher Nolan film Dunkirk. This book brings to light some of the lost stories of Indian aviators who built the very foundations of human and physical infrastructure for what is now the world's fourth largest air force. It benefits from several first-person interviews with some of the last Indian survivors of World War II, enabling a level of fidelity that is quite rare among Indian histories.

KS Nair: KS Nair is a graduate of IIT Delhi and IIM Bangalore, and a former director and vice president of multinational consulting firms. He has been a lifelong student of Indian aviation history.