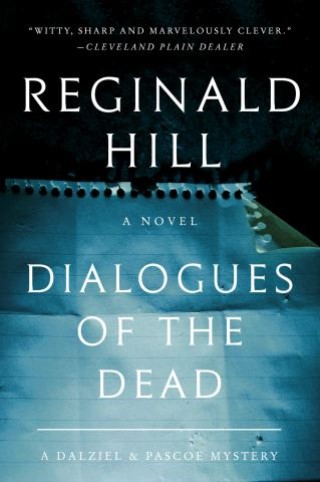 Dialogues of the Dead

A Dalziel and Pascoe Mystery

“Dialogues of the Dead is a bridge that spans the classic English whodunit and the dark heart of contemporary crime fiction, the serial-killer novel....The fertility of Hill's imagination, the range of his power, the sheer quality of his literary style never cease to delight.”  --Val McDermid

Normally, there would be nothing sinister about a death by drowning and a motorcycle fatality—had these tragic occurrences not been predicted before the fact in a pair of macabre "Dialogues" submitted to a Yorkshire short story competition. Yet the local police department is slow to act—until the arrival of a third Dialogue...and another corpse.

A darkness is settling over a terrorized community, brought on by a genius fiend who hides clues to his horrific acts in complex riddles and brilliant wordplay. Now two seasoned CID investigators, Peter Pascoe and "Fat Andy" Dalziel, are racing against a clock whose every tick signals more blood and outrage, caught in the twisted game of a diabolical killer who is turning their jurisdiction into a slaughterhouse.