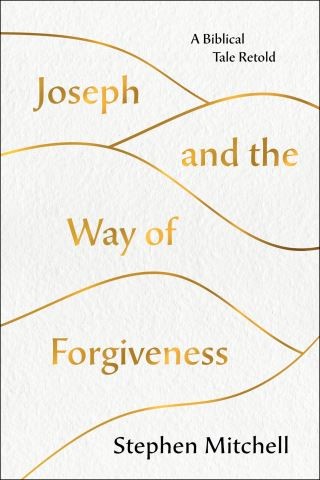 Joseph and the Way of Forgiveness

“A unique and special kind of masterpiece.” —John Banville

Stephen Mitchell’s gift is to breathe new life into ancient classics. In Joseph and the Way of Forgiveness, he offers us his riveting novelistic version of the Biblical tale in which Jacob’s favorite son is sold into slavery and eventually becomes viceroy of Egypt. Tolstoy called it the most beautiful story in the world. What’s new here is the lyrical, witty, vivid prose, informed by a wisdom that brings fresh insight to this foundational legend of betrayal and all-embracing forgiveness. Mitchell’s retelling, which reads like a postmodern novel, interweaves the narrative with brief meditations that, with their Zen surprises, expand the narrative and illuminate its main themes.

By stepping inside the minds of Joseph and the other characters, Mitchell reanimates one of the central stories of Western culture. The engrossing tale that he has created will capture the hearts and minds of modern readers and show them that this ancient story can still challenge, delight, and astonish.

Stephen Mitchell: Stephen Mitchell was born in Brooklyn, educated at Amherst, the Sorbonne, and Yale, and de-educated through intensive Zen training. His many books include the bestselling Tao Te Ching, Gilgamesh, The Gospel According to Jesus, The Book of Job, The Second Book of the Tao, The Selected Poetry of Rainer Maria Rilke, Bhagavad Gita, The Iliad, The Odyssey, and Beowulf. He is also the co-author of three of his wife Byron Katie’s bestselling books.