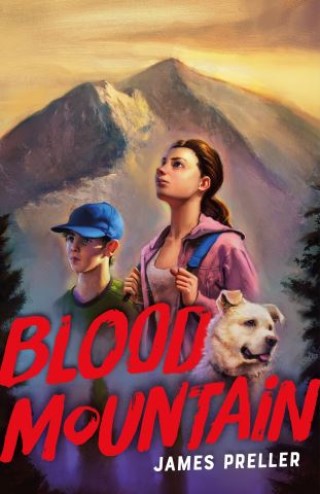 Told in alternating points-of-view, James Preller's powerful middle-grade survival story will have readers on the edge of their seats.

Carter and his older sister Grace thought the hike with their dad and their dog would be uneventful. If anything, they figured it was Dad’s way of getting them off their screens for a while.

But the hike on Blood Mountain turns ominous, as the siblings are separated from their father, and soon, battling the elements. They are lost.

They are being hunted, but who will reach them first? The young ranger leading the search? Or the mysterious mountain man who has gone off the grid?

James Preller: James Preller is the author of several acclaimed standalone novels including Better off Undead, The Courage Test, The Fall, Bystander, and Six Innings, as well as the Jigsaw Jones and Scary Tales chapter book series. He lives in Delmar, New York, with his family.