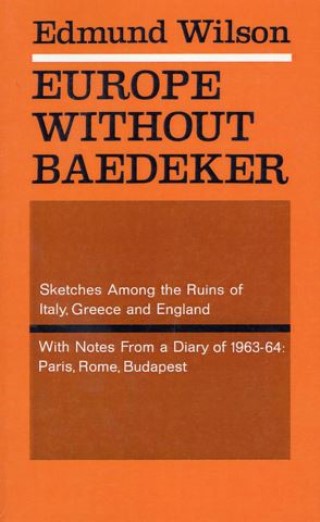 Sketches Among the Ruins of Italy, Greece and England, With Notes from a Diary of 1963-64: Paris, Rome, Budapest

First published in 1947, Edmund Wilson's Europe without Baedeker returns to print with personal notes from the preeminent author-critic.

This volume provides an informative and vivid account of postwar Europe in the countries of Italy, Greece, and England, as well as diary entries from Wilson's many travels.

"The author--in measured, often seductive prose, makes a telling, thoughtful profile of the places visited, the people seen, and leaves in the mind a distressing picture to contemplate." - Kirkus Reviews