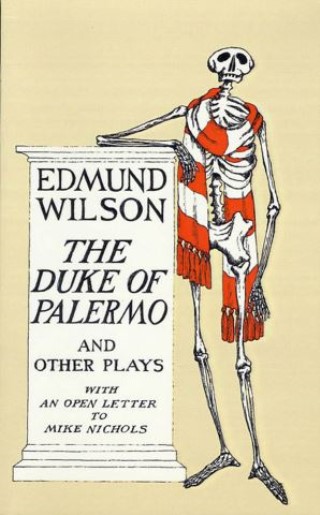 The Duke of Palermo and Other Plays

And Other Plays, With An Open Letter To Mike Nichols

The Duke of Palermo is a comedy about American academic life which is an integral part of Edmund Wilson's work and will be enjoyed by the admirers of literary chronicles, as well as by those who know his fiction.

Also included in this collection of plays is An Open Letter to Mike Nichols, which first appeared in the New York Review of Books.

Edmund Wilson: Edmund Wilson (1895-1972) was a novelist, memoirist, playwright, journalist, poet, and editor but it is as a literary critic that he is most highly regarded. His more than twenty books include Axel’s Castle, Patriotic Gore, To the Finland Station, and Memoirs of Hecate Count.