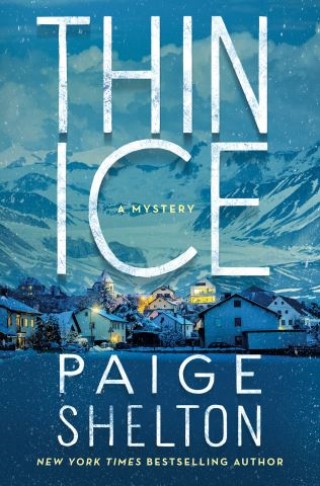 The stunning wilds of Alaska are not for the faint of heart—but when Beth Rivers finds herself with a need to disappear, she’s already faced far worse. So how hard could it be?

Beth Rivers, known to the world as Elizabeth Fairchild, has spent years as a bestselling novelist. Her twisty, page-turning thrillers have garnered a legion of fans, but unfortunately, her story-telling landed her in an unbelievable tale of her own—a situation even more terrifying than she could have dreamed. Crazed Elizabeth Fairchild super-fan Levi Brooks stalked and kidnapped Elizabeth, holding her captive inside a van for three days. She escaped by throwing herself from the speeding van, suffering a severe head injury and memory loss.

Scarred and still healing from her injuries, she secretly escapes to the beautiful—and very remote—Benedict, Alaska. It’s the only place she can be sure no one will find her. But just before Beth’s arrival, the already small population of Benedict was reduced by one. Linda Rafferty’s death was ruled a suicide, but no one in the close-knit community quite believes that conclusion, even the sheriff.

While she waits for her attacker to be apprehended in the lower 48, Beth takes on a project to revamp the Benedict town newspaper. She knows enough to go where the story is, and there’s clearly one behind Linda’s death. As rumors of murder spread, suspicion falls upon the felons staying at a local halfway house—and Beth herself. Intrigued by both the mystery and the wary folks who call Benedict home, Beth starts asking questions—only to find her investigation stirring up memories she’d much rather had stayed forgotten…

Paige Shelton: PAIGE SHELTON had a nomadic childhood as her father’s job as a football coach took the family to seven different towns before she was even twelve years old. After college at Drake University in Des Moines, Iowa, she moved to Salt Lake City where she thought she’d only stay a few years, but she fell in love with the mountains and a great guy who became her husband. After a couple of decades in Utah, she and her family recently moved to Arizona. She writes the Scottish Bookshop Mystery series, which begins with The Cracked Spine. Thin Ice is the first in a new series.