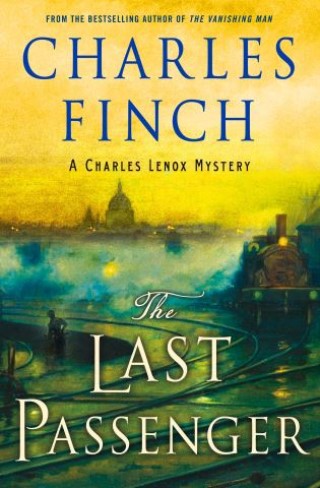 From bestselling author Charles Finch comes the third and final in a prequel trilogy to his lauded Charles Lenox series.

London, 1855. A young and eager Charles Lenox faces his toughest case yet: a murder without a single clue. Slumped in a third-class car at Paddington Station is the body of a handsome young gentleman. He has no luggage, empty pockets, and no sign of identification on his person. And putting together the clues to the mystery of the man’s identity only raises more questions, when Lenox discovers that the crime has a significant connection to America.

As he seeks to solve this impossible case, the young Lenox must confront an equally troublesome problem in his personal life. Kitty Ashbrook, beautiful and cultured, appears to be his soulmate—but love comes with obstacles of its own. In tandem, this fiendish early case and passionate, deeply felt affair will irrevocably shape the brilliant detective and thoughtful gentleman Lenox is destined to become.

Written in Charles Finch’s unmistakably witty and graceful voice, The Last Passenger is a cunning, thrilling, and deeply satisfying conclusion to this trilogy of prequels to his bestselling Charles Lenox series.

Charles Finch: Charles Finch is the USA Today bestselling author of the Charles Lenox mysteries, including The Vanishing Man. His first contemporary novel, The Last Enchantments, is also available from St. Martin's Press. Finch received the 2017 Nona Balakian Citation for Excellence in Reviewing from the National Book Critics Circle. His essays and criticism have appeared in the New York Times, Slate, Washington Post, and elsewhere. He lives in Los Angeles.