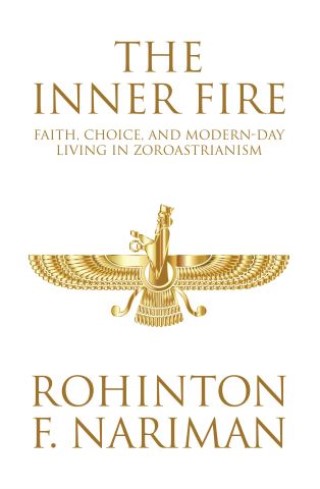 Zoroastrianism might be a fast-declining religion in today’s world, but what is remarkable is its eternal enigma. It is hard to believe that the hymns of the faith have travelled down to us in accurate form and poetic metre, purely through the memory of generations of priests. Zarathustra, the founder of the faith, belonged to a period of Persian history which antedated the Achaemenid dynasty (from 550 BC to 330 BC). He followed the old Rigvedic religion until he was the first to receive a revelation from Almighty God. The Gathas—the most sacred text of the Zoroastrian faith—were first composed and sung by Prophet Zarathustra. Along with the complete comprehension of the Gathas, consisting 238 verses in the same language as the Rigveda, this book is for anyone who wants to gain a deeper understanding of the purpose of life on earth and what happens to mankind after death. The Gathas are extremely relevant in modern times for the fundamental reason that they are timeless. They do not emanate from Prophet Zarathustra’s mind, but are revelations from Almighty God, making them universal in their approach. This book is an attempt to help the reader fully comprehend these and choose the path of leading a righteous life.

Rohinton F. Nariman: Rohinton Fali Nariman is a judge of the Supreme Court of India. Before being elevated as a judge, he practised as a senior counsel at the Supreme Court. He was appointed the Solicitor General of India on 23 July 2011, and has also served as a member of the Bar Council of India. Justice Nariman trained himself to be become a priest at the age of 12 and is also an eminent lecturer on the subject of Zoroastrianism.