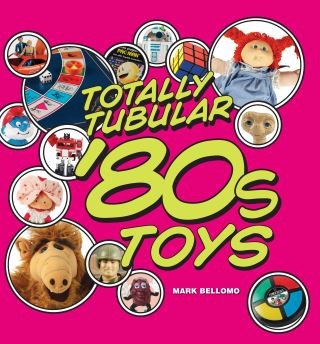 Filled with super rad toys and bodacious memories, Totally Tubular '80s Toys is a righteous ride back in time when Madonna ruled and Spinal Tap amplifiers went to 11. You'll find everything from He-Man to Cabbage Patch Kids, Trivial Pursuit to Rubik's Cube, Transformers to Teenage Mutant Ninja Turtles, and Pac-Man to Mario Bros Donkey Kong-as well as lots of fun and smiles.

You'll enjoy:
• A Year-by-year look at the greatest toys of the '80s


• Lists of the top 10 TV shoes, movies, and music for each year

Mark Bellomo: A child of the '80s, Mark Bellomo is an enthusiastic and passionate toy collector, and one of the leading toy authorities in the country. Bellomo has authored a number of books, including Transformers: Identification and Price Guide and two editions of The Ultimate Guide to G.I. Joe, 1982-1994, published by F+W Media.