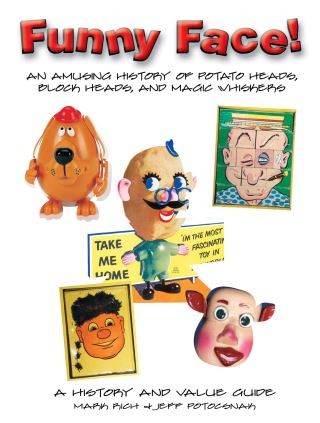 The spud everybody loves to play with is turning 50 years old! Mr. Potato Head has delighted generations of children and now everyone can have a detailed look at the exciting history of the toy potato that has fascinated the world for half a century.

Funny Face also highlights the pop culture aspect of the popular toy, including the toy premiums and other marketing items, such as Mr. Potato Head Ice Pops and the Potato Head Game that sprouted from its popularity.